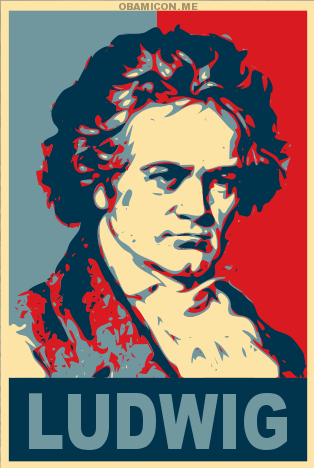 While much of what I do as a musician tends towards the popular side of things…pop, blues, jazz, rock, gospel…my roots are still in classical music. I studied classical piano all the way through college, studied classical voice, and studied classical composition. After my many years studying classical music, I can honestly say that there are many revered works that I don’t like. I used to get into arguments with singers who adored the Brahms Requiem. It’s a wonderful piece to sing. I find it uninteresting to sit and listen to it. On the flip side, there are many pieces of classical music that I think are totally amazing. Caroline Shaw won the Pulitzer Prize for classical composition in 2013 with her Partita for 8 Voices. It’s an amazing piece, and the most delicately balanced use of non-traditional vocal techniques in a choral setting.

One thing I keep in mind with all of classical music is that the average listener often lacks a context to really understand what they are listening to. I think Beethoven’s work is a great example of that. Yes, we revere Beethoven. Yes, his music is incredibly well crafted. What gets left out is that Beethoven existed in a special time in the history of music and society that enabled him to push the boundaries of music forward into an entire new era. In music history classes we identify Beethoven as a composer in the classical era, but we mark the beginning of the next era, the Romantic era, with his death. Over the course of his life, he ushered in changes in style, structure, harmony, and melody that influenced 100 years of composers.

Beethoven sat in a unique place in time where advancements in music publishing and printing in Germany enabled composers to more widely publish and distribute music. Essentially, Beethoven was living at a time where printing was doing for music what the internet did in the late 1990’s and early 2000’s. Prior to Beethoven, composers and musicians were primarily supported by the courts and the churches. Beethoven was in such demand in Austria that he was able to accept commissions from multiple courts, and was never beholden to one patron. At the same time, there was a strong working class that often took an interest in chamber music. Beethoven was able to supplement his income through publishing works like his piano sonatas.

It’s in this spirit, that I took it upon myself to learn the first movement of Beethoven’s “Pathetique” Sonata No. 8, Op. 13. It’s hard to imagine this work being played as parlor music in a working class household. I’ve been playing piano all my life, and it took me five months to get to a point where I could record it! But it isn’t hard to imagine the joy that listening to the household pianist play through the work would bring. Before the days of recorded music, people were having house parties around the piano. The first movement is a study in immense contrast: the slow “Grave” opening followed by the ripping fast “Allegro di molto e con brio.” The soft passages juxtaposed against loud crashes on the piano. The short, brittle staccato contrasted against the flowing, languid legato passages.

Learning it has been a great joy for me, a return to my classical roots. It’s also been a challenge, pushing my technique and artistry ever further. It also challenged my ability to hold focus for a solid eight minutes. So now, I want to invite you into my parlor to take a listen to Beethoven how others might have heard him, in the comfort of friends and family. My parents cat even joined me at the piano because, in this day and age, how can a piece be more culturally relevant to our internet age than with the inclusion of a cat.